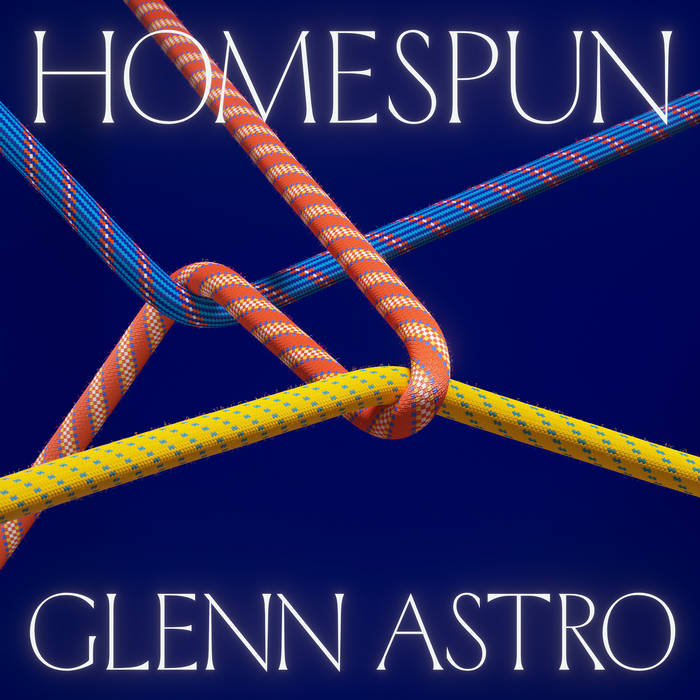 duke hugh Glenn Astro shows again that he's one of the most original and diverse artists out there. Big up Favorite track: The Yancey.

Marking a change in course from his first release on Tartelet Records, Glenn Astro is set to showcase his sophomore album Homespun, a testament to a visionary artist who has come into his own.

Made up of ten tracks spanning 45 minutes, the record twists and turns between electronic meditations, soulful vocals by Ajnascnet, and futuristic electro, carving out a world of spacey eclecticism that is as nostalgic as it is experimental.

“This album is in all facets different from the first one, which was a deliberate decision. No vintage sounds and references, no sampling, combined with futuristic sound design and song structures. Less obvious references, more everything else. I tried to keep it as current and intuitive as possible,” he says.

Known for his chunky beats and fuzzy textures, Glenn Astro was a key figure in the wave of MPC-heavy house music that spread like wildfire between 2013 and 2015. Since then, he has released on labels such as Ninja Tune and Apollo, leaving a distinctive signature on everything he touches.

But Glenn Astro has quietly been crafting a new sound for himself. Sometimes taking detours – morphing into his dark alter ego and experimenting with artist collaborations. The sound of Homespun is a culmination of several years of reflection and artistic development – however, the album itself was produced in less than three months.

“I set myself an ultimatum to finish the album within three months. If I didn’t make it, I’d have to rethink my career path and keep music as a hobby. If it wasn’t for this album I’d be selling home-assembled ballpoint pens now,” he says.

On the introspective first single and album title track “Homespun,” Ajnascent’s vocals lend a sincerity to the melancholic production. “It’s about the regret of not taking chances and giving in too much, but also about taking responsibility and being honest with yourself. Homespun is a nod to nostalgia and a desire for simplicity and prudence, being equally the culprit and the cure,” elaborates Ajnascent.

On “The Yancey,” an homage to J Dilla, Glenn Astro paints his vision of contemporary dance music with shimmering melodies, deep ambient soundscapes, and advanced drum programming. “Moreira” and “Look at You” feel like spaced-out electronic funk hybrids, while “Taking Care of Business” goes back to the future with Glenn Astro’s take on jungle. Other tracks such as “Mezzanine,” “Slow Poke Flange,” and “Viktor’s Meditation” provide the finest dubby electronics.

Out on September 16th, the first single “Homespun” comes accompanied by a video featuring the notorious Copenhagen-based graffiti artist and activist Spyo. The video provides a glimpse into a parallel, nonconformist society and subculture in the Danish capital, where urban exploring and daring quests for artistic fame is a way of life.

Homespun will be available on vinyl and digital platforms 23rd October 2020.

Bandcamp Daily  your guide to the world of Bandcamp

outré black metal, with a Victory Over the Sun interview and music from Liturgy and Jute Gyte.