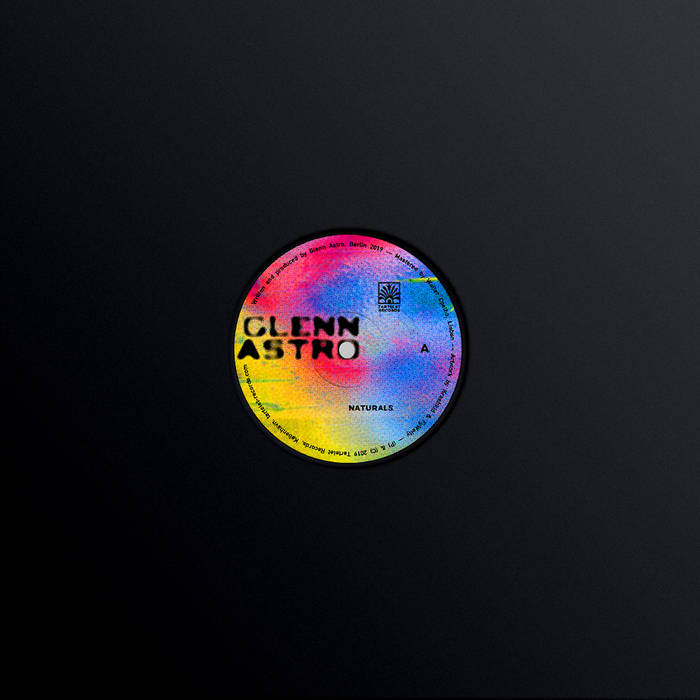 WintZ I’ve loved Glenn Astros music for a long time now. Listening to quality electronic music is not only one of my greatest pleasures, it’s also essential for my work as an artist; these soundscapes influence the journey my pen takes as I seek to create meaningful drawings which explore the mysterious nature of this, our existence.
This release seems to mirror where I’m at at this moment; this journey, the psychedelic beauty of our connection to nature and this universe which gives us this li

In an impressively short amount of time, Glenn Astro has created a musical universe that’s entirely his. With full-length releases making waves on Ninja Tune and Apollo Rec, the sister label of R&S Recordings, the Berlin-based musician assembles a perfect pastiche of influences on his forthcoming EP Naturals, coming out on Copenhagen’s Tartelet Records this September.

“I tried not to take any direct influence from any particular music I was listening to,” Glenn Astro says. “Instead, I tried concentrating on where the instruments and effects were taking me, experimenting with different ways of using the gear that I know so well.”

Inspired by Sicily’s natural beauty, the juxtaposition of its rough landscapes and clear blue waters, Naturals takes listeners on a journey into unfamiliar sound; a conscious diversion from his usual style and yet an instant dance floor cracker infused with the artist’s signature panache.

“I made most of the record while being in Sicily,” he says. “In retrospect, it is easy to hear that the volcanic landscapes contrasting the idyllic beaches were a major influence.”

The EP opener “Naturals (Unsweetened Mix)” is a beautiful freak – a peak-time cut – starting out with tranquil ambient melodies and water drop percussion followed by a beasty acid line and slick drum programming. Next, “Naturals (Dance Mix)” slows it down to 116 BPM, taking a completely different route with a hypnotic dance between tribal and dub – a wonderfully weird closer.

“This one is for the plants and the trees. Return to planet Tartelet,” Glenn Astro says.

Bandcamp Daily  your guide to the world of Bandcamp